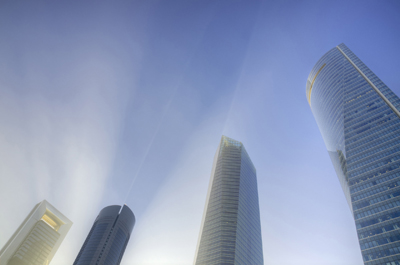 We have gained our clients’ trust by blending with our clients in internal corporate investigations (taking place either before or after administrative proceedings have started) and assisting in (often) intrusive dawn raids or surprise inspections.  We are pioneers in connection with the leniency policy introduced in Spain in 2008, having filed a leniency application on the very first day the leniency program entered into force in Spain [Read more on El Pais].

We work closely with our clients to maximize their possibilities of success in administrative proceedings.  If we think our arguments have not been sufficiently heard, we guide and represent our clients in the judicial review of antitrust decisions, where our track record is substantial, including appellate and Supreme Court litigation.

Our exposure to sophisticated corporate practices has made us deeply aware of the need for speed and accuracy in corporate transactions.  No client of ours has ever had its deal blocked for regulatory reasons and we can help gain otherwise difficult approvals.  Clients appreciate our no-nonsense and straightforward solutions to problems ranging from contingencies associated to past antitrust infringements, to State aid issues in the financing of M&A deals and to negotiating merger remedies.

We have experience dealing with the foreign direct investment screening regime in Spain in connection with weapons and dual-use products, where we have assisted in past transactions.  We also have experience with the FDI screening regime recently approved in Spain, which affects a much wider range of industries related to public interest or public security (see here and here).

We have clients in the heavy industries, pharmaceutical, distribution and consumer goods sectors and are knowledgeable in the subtleties of distribution law and competitor collaboration.  Another area of interest for us is the interface between antitrust law and IP.  We have had a leading role in software and media content licensing matters with a regulatory component and have long-standing media and technology clients.

In cartel matters, we have had leading roles in many investigations (e.g., road construction, paper recycling, food associations, movie exhibition, football broadcasting rights, car distribution, ball bearings, movie output deals and Barcelona harbor antitrust investigations).  Our hands-on approach and responsiveness levels have enabled us to ensure excellent results and high client satisfaction, enabling us to minimize our clients exposure to fines.  We also have a good experience in using legal tools such as negotiated outcomes for antitrust proceedings, enabling a fairly quick and clean termination (e.g., proceedings in the professional insurance and provision of trademark related services).

We have formed part of the legal teams working on the European Commission Microsoft and Rambus cases and are well versed in the area of unilateral conduct/abuse of dominant position, where we currently advise various companies in ongoing investigations.  We have also worked substantially in the area of vertical restraints and relationships between suppliers and purchasers.  Occasionally, this advice has been given on the demand side (e.g., large joint purchasing organization); other times, we have advised consumer goods and food suppliers in their relationships with retail stores and supermarkets which incurred in aggressive commercial strategies capable of harming our clients.  In Spain, for instance, de-listing by some retailers has been an important issue in the last few years, to the concern of some food and consumer goods manufacturers.

In the field of State aid, we have advised in the framework of various financing and acquisition matters and in the areas of air transportation, banking, cement and construction materials, rolling out of broadband networks and in connection with State-owned television operators.  Our team has also advised interested third parties in State aid proceedings at the European Commission level.

Our exposure to sophisticated corporate practices has made us deeply aware of the need for speed and accuracy in corporate transactions.

We have a first-class track record with the Spanish courts and have litigated before the national High Court (Audiencia Nacional) and the Supreme Court (Tribunal Supremo).

We have experience with IT, network sharing and outsourcing agreements; Data Protection is high in our agenda; we also assist e-commerce companies on contract matters and problems arising with suppliers and consumers.